The Types Of Weaves Used For Panama Hats

Panama hats, a type of straw hat made in Ecuador, are made by weaving processed strands of straw from the leaves of the Toquilla palm. The quality of these hats can vary vastly by the fineness of the straw and the tightness of the weave. There is an old myth that claims that the finest Panama hats, called Montecristis, can even hold water if woven correctly. However, the fineness and tightness of the weave are not the only factors that define quality; there is also the type of weave pattern used. Different weaving techniques can affect the hat’s lightness, durability, flexibility, and breathability.

While Panama hats have been around for several centuries, the weaving techniques employed have remained relatively unchanged. Do note that depending on the weaving family or distributor, the name may change, but the pattern is the same. 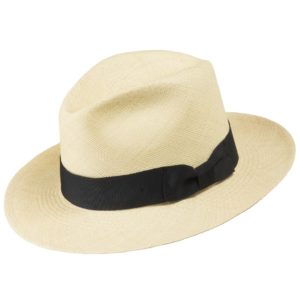 The simplest weave pattern. This weave is made by crisscrossing (or weft-and-wafting) straw to create diamond-shaped squares throughout the hat. The interlocking pattern allows the weaver to use fine straw that is thinner than usual. As a result, hats made using the Brisa weave appear finer and lighter. Historically, the majority of Montecristis and high-grade Panamas have been made with the Brisa pattern even though it is the least complicated pattern. These fine hats are usually rated on the consistency of the weaver and the thinness of the straw rather than the complexity of the weave. Brisa weaves that are made as tight and flat as possible  are sometimes called Llano or Brisa-llano.

Examples of hats that use the Brisa weave: 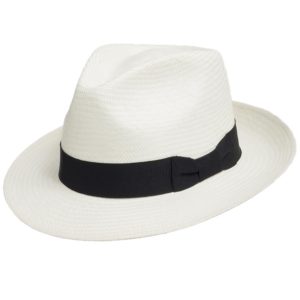 The second most common and oldest weave pattern. Hats made using the Cuenca weave appear to have a chevron (or herringbone-like) pattern. This weaves allows the weaver to work with thicker straw since there is more space between weaves. The space between weaves is ideal for warmer climates since more air can travel through the hat allowing sweat and moisture to evaporate which keeps your head cool. The Cuenca weave typically creates more durable hats since this looser weave permits greater flexibility. However, the larger gauge of straw that is normally used with this weave might also play a role in the hat’s longevity. Similar to the Brisa-llano, hats that are woven tightly and where the straw lays flat using the Cuenca weave are called Cuenca-llano.

Examples of hats that use the Cuenca weave:

While the Brisa and Cuenca are the oldest and most traditional weave types, new modern weaves have created other beautiful straw textures that were not commonly seen before. 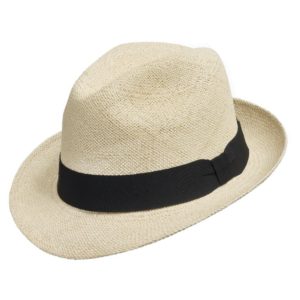 A weave that has gained huge popularity within the last two decades due to its ability to withstand folding and crushing forces. Hats made with the Cuenca Twisted (correctly called Cuenca Torcido) weave are usually labeled as packable or foldable. This weave uses more spacing between weaves and the straw is twisted throughout the whole process to allow for an amazing level of flexibility.

Examples of hats that use the Cuenca Torcido weave:

A weave pattern identical to hand-crocheted thread clothing but instead made with highly softened straw. This weave creates soft and flexible hats but lacks structure and does not block very well. Therefore, this weave is best suited for rounded floppy brim type hats. 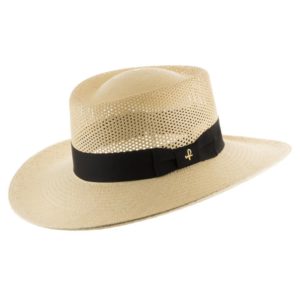 The term fancy refers to weaves that incorporate some sort of creative patterning. The majority of the brim and crown might be woven using the Brisa or Cuenca weave but by selectively skipping weaves, the weaver can create sophisticated patterns throughout the hat. Montecristis made with fancy weaves increase heavily in price as some are woven so fine and complex that the weave almost resembles lace.

Examples of hats that use a fancy weave:

Why Do Panama Hats Cost So Much?

On the hindsight, Panama hats do look a bit similar to the...
How it's made

Though hats come in different shapes and textures, the material used and...
How it's made

Wired and Woven Brims – A Comparison

Panama hats come in all shapes and sizes, with different methods of...
History

The Making Of A Panama Hat

Have you ever taken time to admire the beautifully fine weave on...